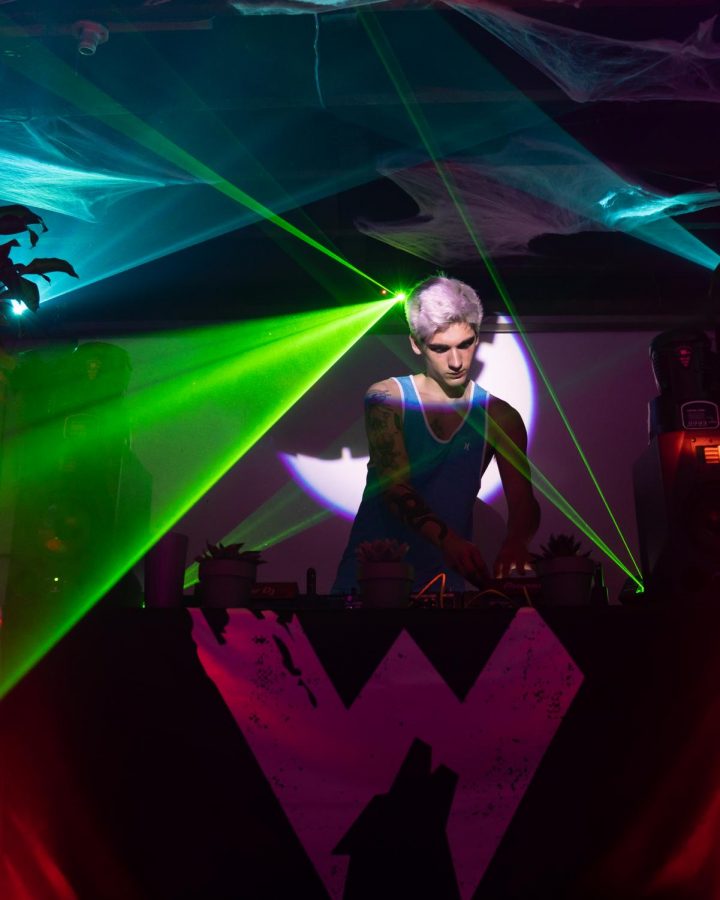 Don’t tell anyone, but we had 670 people come through our basement last weekend. They weren’t physically in the house of course, but they tuned in to hear several live-streamed DJ-sets. Lazers and moving lights danced through the smoky room to heavy kicks and crisp hi-hats. Besides the barren dancefloor, the club scene was alive with energy.

The live stream was run by Joseph Brooks aka “BROOX”, a Portland DJ, owner of the production company Wildlife Entertainment, and my roommate. Friends and followers of BROOX and his company tuned in on several social media platforms to watch him, myself, and a few other local DJs mix a medley of our favorite tunes. A live stream is no substitute for a concert or a party but Brooks has good reason to put them out there,

“We’re doing live streams at the moment because we need to stay active in the community! With everyone stuck at home and in quarantine, going out to events just isn’t possible, so we must bring the events to them! Right now we feel it’s more important than ever to spread joy, love, and unity through music to keep everyone smiling in this somewhat dark time.”

Wildlife is not the only one performing from one living room to another. Livestreams have grown immensely popular during the mandatory quarantine and the cancellation of all major festivals around the globe. Insomniac, the company responsible for some of the world’s biggest festivals like Electric Daisy Carnival (EDC) in Las Vegas, Beyond Wonderland, and Electric Forest, have been live-streaming DJ performances for free on Youtube. These performances have world-class musicians playing short live sets from their living rooms or kitchens, or from a makeshift club in the Insomniac office. The Virtual Rave-A-Thon events Beyond Wonderland and Countdown accumulated 13 million views across over 100 countries in April 2020, according to Youtube.

Despite the isolation en-masse, it is still possible to curate that sense of joy from the communion of shared musical experience. These adaptations to world events will certainly change the future of the industry, and it is exciting to be a part of that. How people choose to spend their time when there’s little to do shows what the world thinks is important, and it’s clear that music isn’t going anywhere.